All About the Afterglow premier & Bluegrass Spirits trailer premier 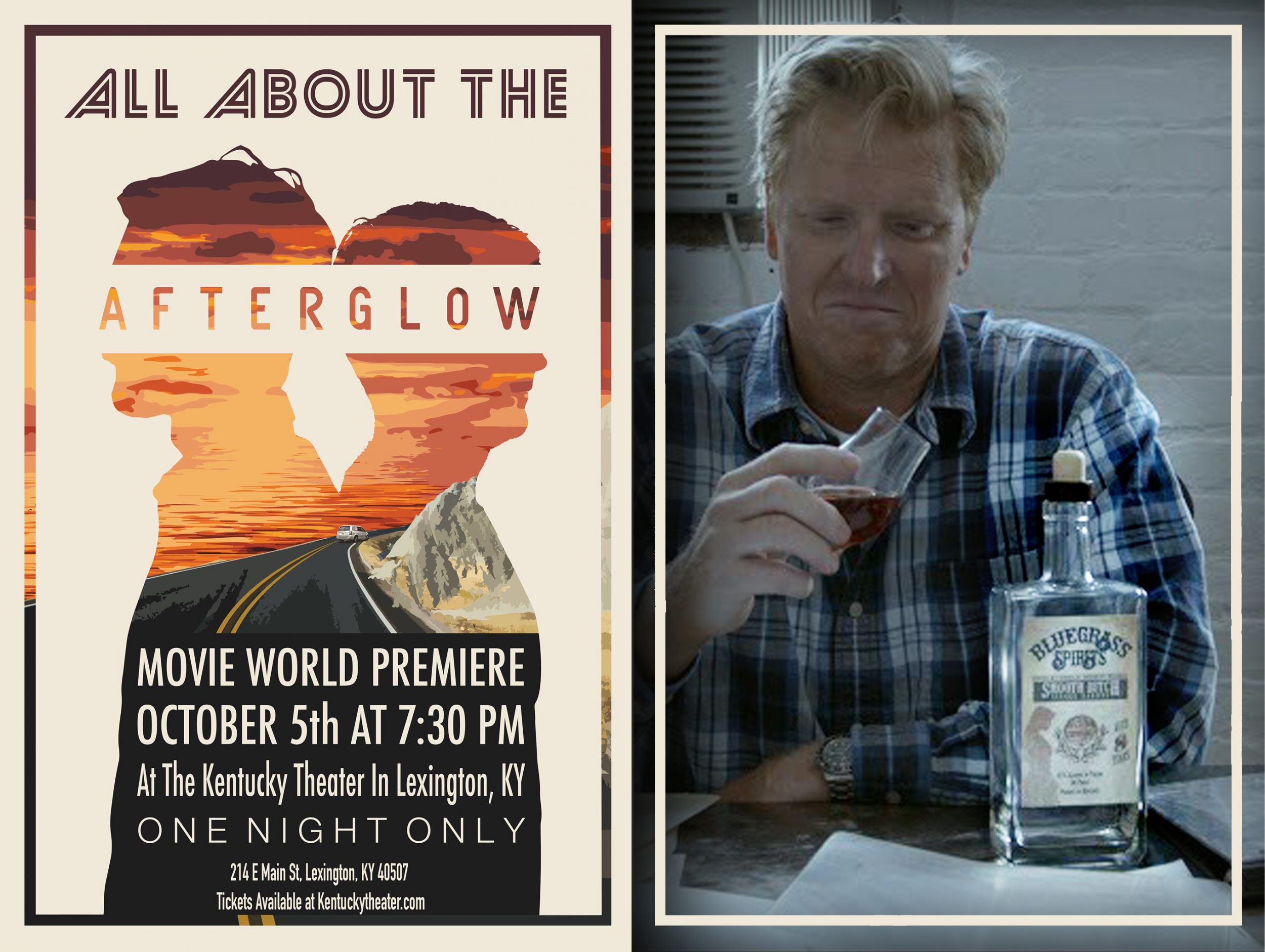 Kentucky-Raised Filmmaker’s Second Film, ALL ABOUT THE AFTERGLOW, showing at The Kentucky Theater on October 5th

The October 5th teaser will be the first-ever public look at Bluegrass Spirits footage in any form.

Bluegrass Spirits is the first feature film inspired by Kentucky’s signature Bourbon industry to film in the state and stars Hollywood actor Jake Busey in a major role. The film is both a take on the modern-day craft bourbon industry and also a Kentucky ghost story, merging the two concepts of ‘bluegrass spirits.’ Principal photography for Bluegrass Spirits took place in autumn of 2017 at the craft Bourbon distillery Hartfield & Co. in Paris, KY, as well as a handful of locations in and around Lexington, KY, with Executive Bourbon Steward Tim Knittel hired as advisor and bourbon technical consultant.

Jake Busey’s appearance in Bluegrass Spirits marks his 101st production, with previous roles including feature films The Frighteners, Starship Troopers, Enemy of the State and Identity, as well as television shows Justified and Agents of S.H.I.E.L.D. Busey has joined Stranger Things for season 3 in 2019. His most recent film, The Predator, is a sequel to the 1987 sci-fi film Predator and released last month.