Or, how I learned I have no idea what I’m talking about!

I had to start with a cocktail from their currently short but very well-put together list: 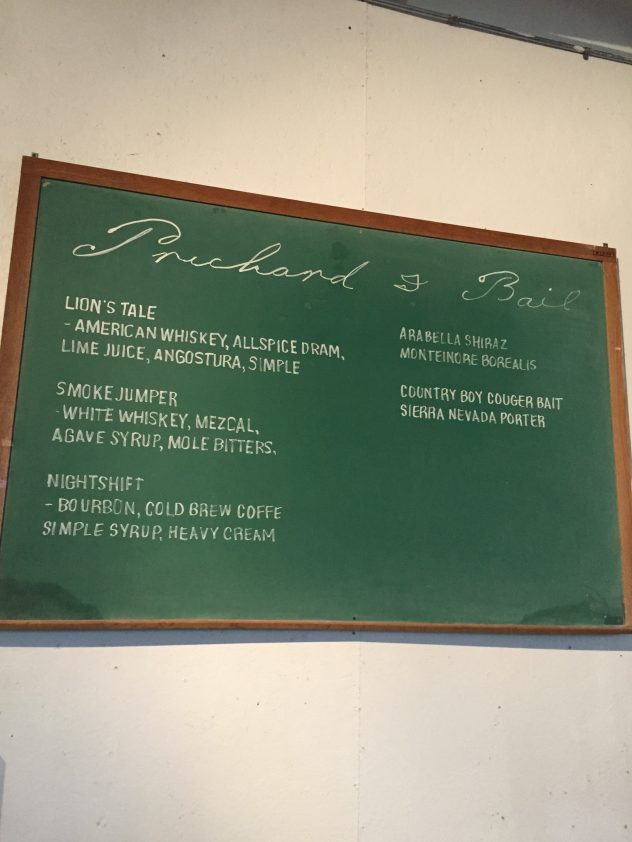 After enjoying that, I moved on to the cigars: 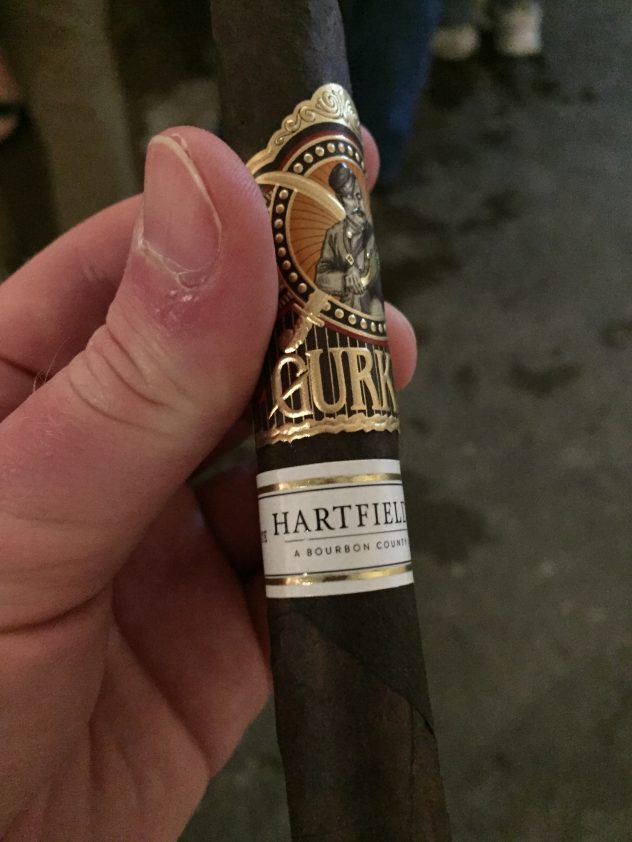 Now, I don’t know anything about cigars, so I asked Juan Lopez, National Sales Director for Gurkha, to explain this one to me:

Then I needed help getting the thing lit. (Which the Gurhka team was very considerate to help me do.)

Now, as Juan explained, the tobacco is thrice infused with the Hartfield & Co. bourbon – which is a pretty potently flavored libation. Juan even mentioned after the video that the infusing is done in a separate room on separate equipment from the other cigars so as not to contaminate them with the bourbon flavor.

But I got nothin’. A whole bunch of puffs and a half inch into the cigar, all I could taste was tobacco. Good tasting tobacco, to be sure.

So I asked for help again. Juan suggested I try it with the bourbon.

A bourbon neat in hand, I stepped outside to focus on my task. Still no complexity of flavor from the cigar for me.

Now I know bourbon flavors. I teach other people to detect the nuanced flavors in bourbon (that’s my specialty) and to learn to discern grain notes from fermentation flavors from barrel character. But I could not for the life of me find the bourbon in this cigar.

So I asked for help a third time. Fortunately, there were two gentlemen nearby also enjoying the night air and the special cigars. And I asked: do you taste the bourbon in these?

A quick yes – from both. Another quick inquiry confirmed they were also both much more cigar connoisseurs than I.

“It’s subtle, but it’s definitely there,” one explained.

I eventually gave up, letting the cigar burn itself out, and then I returned it to its plastic case to try again another day.

Bottom line for my review? Well … I’ll defer to the more experienced gentlemen: apparently, this is a very good cigar. Especially for the price ($15 regularly, $10 special for the evening). It’s smooth and easy smoking (I figured out that part, too) with nice caramel, vanilla and malt notes from the bourbon.

P.S. – If anyone has any tips for me on learning to taste the flavors in cigars, please leave them in the comments!

ADDENDUM: I learned from Andrew that the cigars are available for purchase in the distillery gift shop and in limited quantities at Martin’s Cigar shop and Schwabb’s in Lexington.